Janet lives in extra care housing and has been involved with the project from the beginning. Janet retired to Cornwall twenty years ago. Our aim is to keep Janet active, mentally and physically and to keep her engaged socially.

Janet is registered blind and was a tentative participant at first, gradually she has told me her concerns. She is worried that she is a lot of trouble for me because she feels she needs extra help. She tells me how frustrating she finds her lack of sight, as she used to love being involved with handicrafts. She is now struggling with walking and is concerned that she cant get around and may have to use a wheel chair.

Janet attends once a week and has willingly tried out many tools and materials, through trial and error together we have adapted many process, using stencils, working in pairs etc. However Janet is very capable of many activities, has great fine motor skills and motor memory. She can see large shapes and patterns and doesn’t give up. Janet enjoys any activity where she feels confident. Janet often used to ask if ‘she is doing it right’ now Janet says she likes the sessions because I don’t mind ‘if she goes wrong’.

Janet likes to engage in conversation, she encourages others and will participate in any discussion. Janet likes to help put stuff away at the end of the session. Janet particularly enjoyed making the scarecrows and we will do this again next year. (a competition perhaps!) 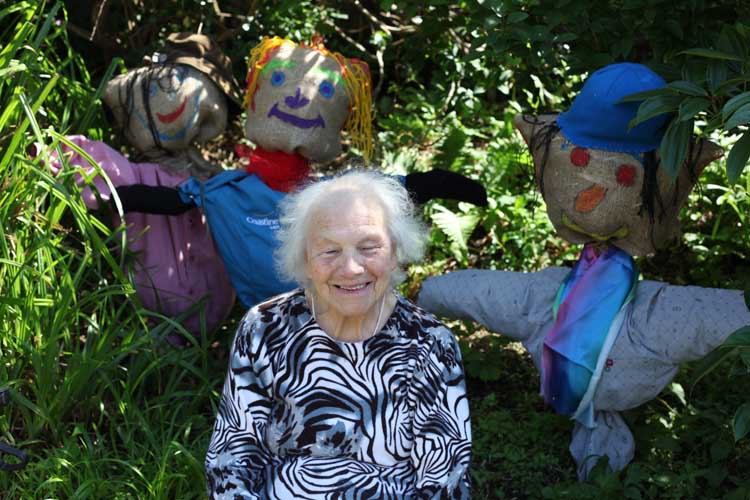